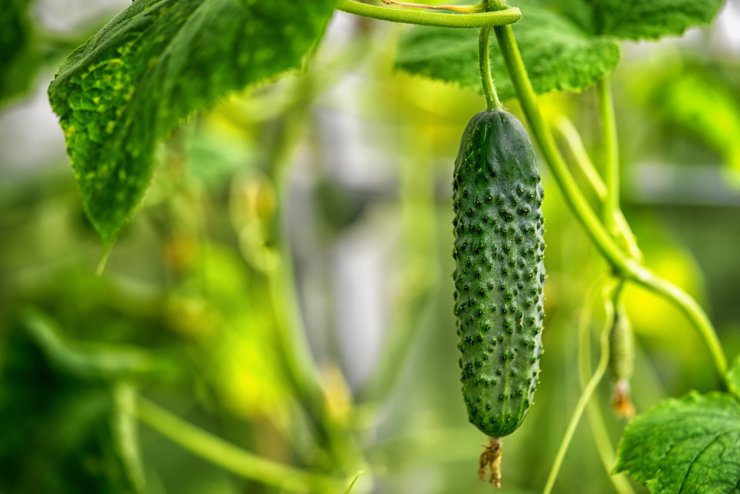 You’ve heard the expression “cool as a cucumber”? Well it’s absolutely true! Cucumbers have been used for their cooling and refreshing properties for thousands of years. Not only do many international cuisines incorporate the cucumber in their repertoire, but people have eaten and applied cucumbers to their skin to literally cool down. The high water content—96%—of cucumbers is what makes them cool and refreshing. The cucumber’s mild flavor and low calories makes them perfect for adding fiber and crunch to all kinds of dishes without busting your calorie budget. In fact, sliced cukes make a great snack all by themselves, or with a little salt, pepper, and a bit of dressing.

You may be surprised to learn that cucumbers—botanically speaking—are fruits. Cucumber (Cucumis sativus) is a widely-cultivated creeping vine plant, related to watermelons, pumpkin, and zucchini. But, for cooking purposes, cucumbers are usually treated as vegetables. Cucumbers have much less sugar than typical fruits, which is another reason why some people view them as vegetables.

There are scientific reasons for determining whether produce is a fruit or a vegetable, of course. According to the Journal of Food Composition and Analysis, a ‘fruit’ is “the seed-bearing product that grows from the ovary of a flowering plant.” In other words, a fruit is the plant’s way of spreading its seeds. With this definition in mind, cucumbers are classified as fruit because they contain tiny seeds in the middle and grow from the flower of the cucumber plant.

A ‘vegetable,’ in botanical terms, is more of a general term encompassing all other edible aspects of the plant, the roots, stems, and leaves.

There are about 100 varieties of cucumbers, but this collection focuses on six popular varieties that will give you some diversity in your harvest and an array of cucumbers to use in recipes. All cucumbers fall into these scientific hierarchy classifications:

A Brief History of Cucumbers 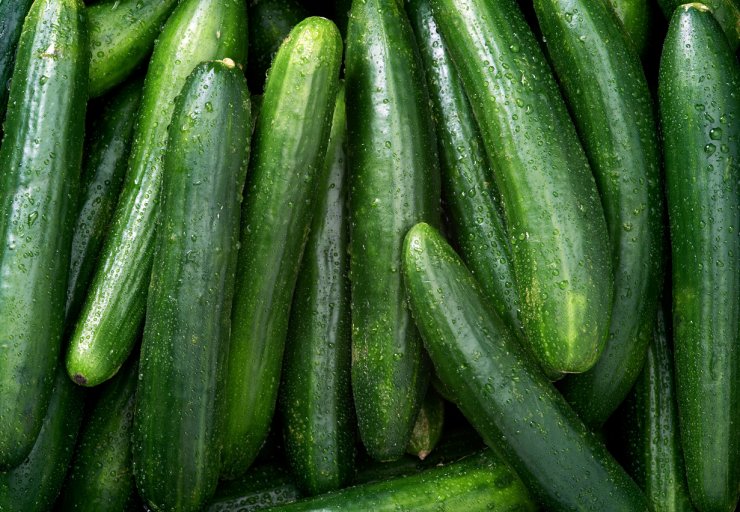 A pile of fresh cucumbers

Did you know the cucumber is believed to be native to India and has a 3,000-year cultivation history? Cucumbers spread from South Asia to Greece and Italy, and later to China. Cucumbers are mentioned in the Bible (Numbers 11:1) as being available in Egypt, and the ancient Mesopotamian epic poem Gilgamesh describes people eating cucumbers.

Charlemagne, Pliny the Elder, and the Roman Emperor Tiberius had a fondness for cucumbers. In fact, Tiberius had cucumber on his table every day, summer and winter. The plants would be wheeled out in carts to sit in the sun daily, then taken in to keep them warm, stored under frames or in cucumber houses glazed with oiled cloth known as “specularia.” In more recent history, Ulysses S. Grant was known to make a meal of cucumber slices and coffee.

Through Christopher Columbus, the Spaniards introduced cucumbers to the New World on a stop in Haiti in 1494. Nearly 40 years later, French explorer Jacques Cartier found cucumbers in what is now Montreal.

Today, the cucumber is grown all over the world and is the second-most popular backyard garden crop in the United States, after the tomato. But there are no hard feelings between these two fruits we treat as vegetables. Tomatoes and cucumbers complement each other well in soups and salads, coexisting harmoniously and deliciously.

Do you know some cucumber history? Please tell us about it!