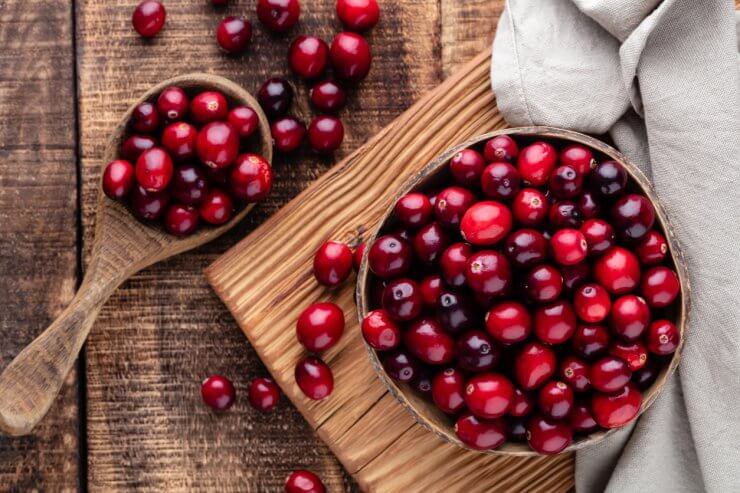 Ripe cranberries in a bowl 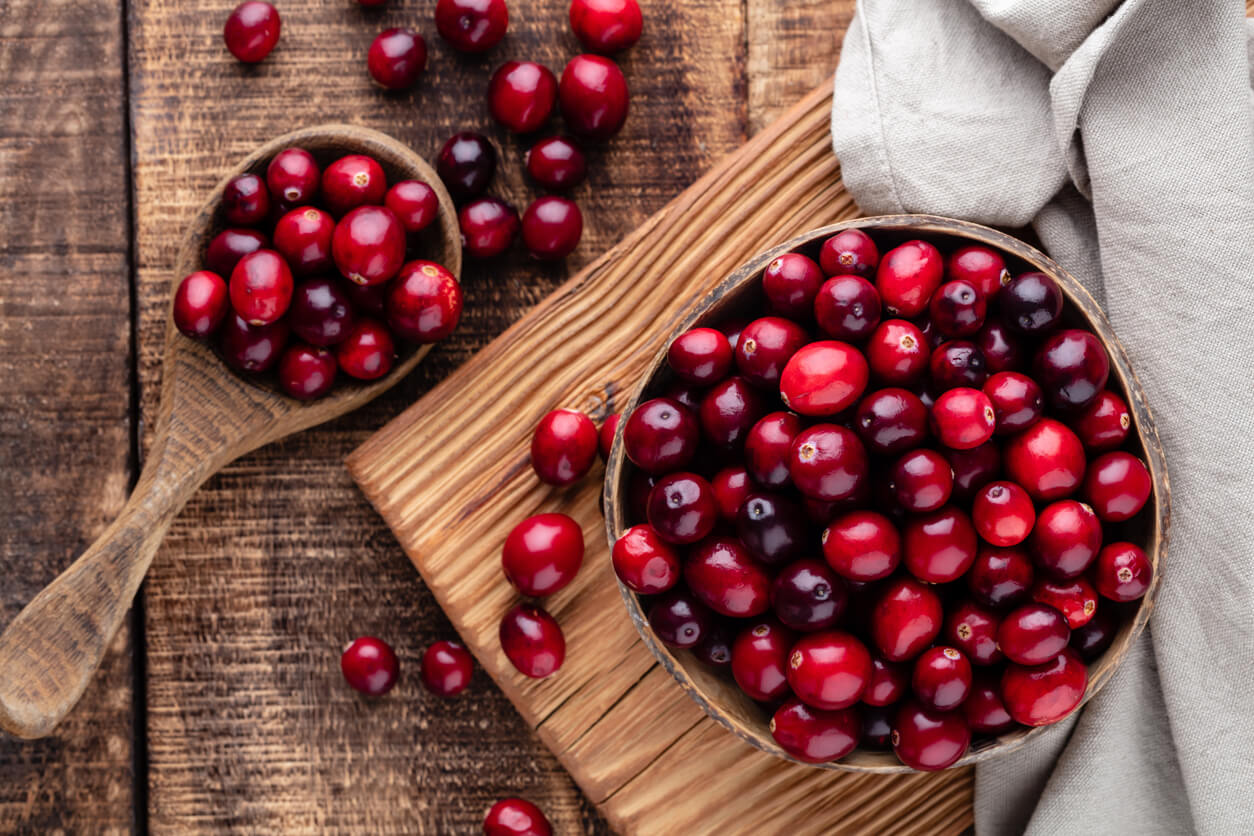 Ripe cranberries in a bowl

Cranberries have a special place in the American palate. They seem to be most popular for cranberry sauce, cranberry juice cocktail, and cranberry muffins. But there’s so much more to cranberries than that.

The cranberry is a perennial plant that sports low-growing, trailing, woody vines that produce upright stems; on those stems is where you’ll find the flowers that resemble crane heads, which is how cranberries got their name.

Cranberries are native to North America. They grow in temperate regions with warm summers and cold winters, from the east coast to central United States and from southern Canada to the Appalachians. But, wait; don’t cranberries grow in water? We’ve all seen pictures and video of cranberry farmers bringing in their harvest: wearing hip waders while they corral the floating cranberries and steer them toward a giant cranberry vacuum that sucks them up and transfers them to a waiting truck.

Well, that’s just the cranberry harvest. Commercial cranberry growers flood their bogs and then use a vehicle called a beater to jostle the cranberries off their vines. Cranberries have four tiny air pockets, which make them float. That’s why you see cranberries floating in the water every fall; it’s called wet harvesting. But they don’t grow that way. They grow on land, like most of the plants we eat.

Cranberries grow in bogs—giant shallow geologic “bowls” filled with peat, gravel, and clay, augmented with sand. The original bogs (also called marshes) were formed by glacial deposits during the last ice age. Commercial bogs take advantage of these natural formations, but can also expand their cultivation territory by using systems of wetlands, uplands, ditches, flumes (water channels), ponds, and other water sources to create the ideal growing conditions for their crops.

Cranberries grow in the northern part of the United States and some southern regions of Canada. Massachusetts, New Jersey, Oregon, Washington State, and Wisconsin are the major production areas in the U.S. The Canadian provinces of British Columbia and Quebec have the highest concentration of cranberry cultivation in Canada. You’ll also see cranberries grown in Delaware, Maine, Michigan, New York, and Rhode Island, as well as the Canadian provinces of New Brunswick, Nova Scotia, and Ontario.

Do you have to flood your garden if you’re going to grow cranberries? Of course not. Commercial growers use the flooding method in part because it’s convenient and efficient for them. They also use controlled flooding to help insulate their plants when temperatures dip toward freezing. You can protect your plants at home using pine boughs and row covers, and by taking advantage of snowfall to insulate your plants.

The official name for cranberries is Vaccinium macrocarpon; macrocarpon means big berry. If you take a close look at a cranberry plant, you’ll notice that the berries, while small, look positively gigantic next to their tiny green leaves. Cranberries are part of the heather family, Ericaceae, which also includes blueberries. In fact, with the right acidic soil, you can grow cranberries and blueberries together!

North American cranberries are suitable to grow in USDA Plant Hardiness Zones 2 to 7, but you need 1 1/2 to 3 1/2 months of cool temperatures between 32 and 45 degrees F. The plants need 1,000 to 2,500 chill hours to trigger their dormant phase, so they’re ready to grow when spring arrives.

So, acidic soil and a winter season are essential to grow cranberries. And let’s not forget the third key ingredient you must have for a successful cranberry crop: water. Cranberries need consistent, adequate moisture in order to grow properly. The inclusion of sand in the soil may lead you to think this is a dry-weather crop, but it’s not. Cranberries thrive with sand for two reasons: sand in the soil helps keep the water flowing and keeps the plants from getting bogged down (cranberries hate having wet feet, except at large-scale harvest time and cold snaps); and sand on the soil makes an excellent weed deterrent while still allowing much-needed moisture to make its way to the cranberry plant’s roots.

Cranberries grow in a similar way to strawberries, sending out runners up to 6 feet long. The flowers and fruits grow on uprights that grow vertically from the runners to a height up to 18 inches. So you can see that once the cranberries are ripe, they’re easy to reach for what growers call “dry” harvesting for picking the berries.

A Brief History of Cranberries 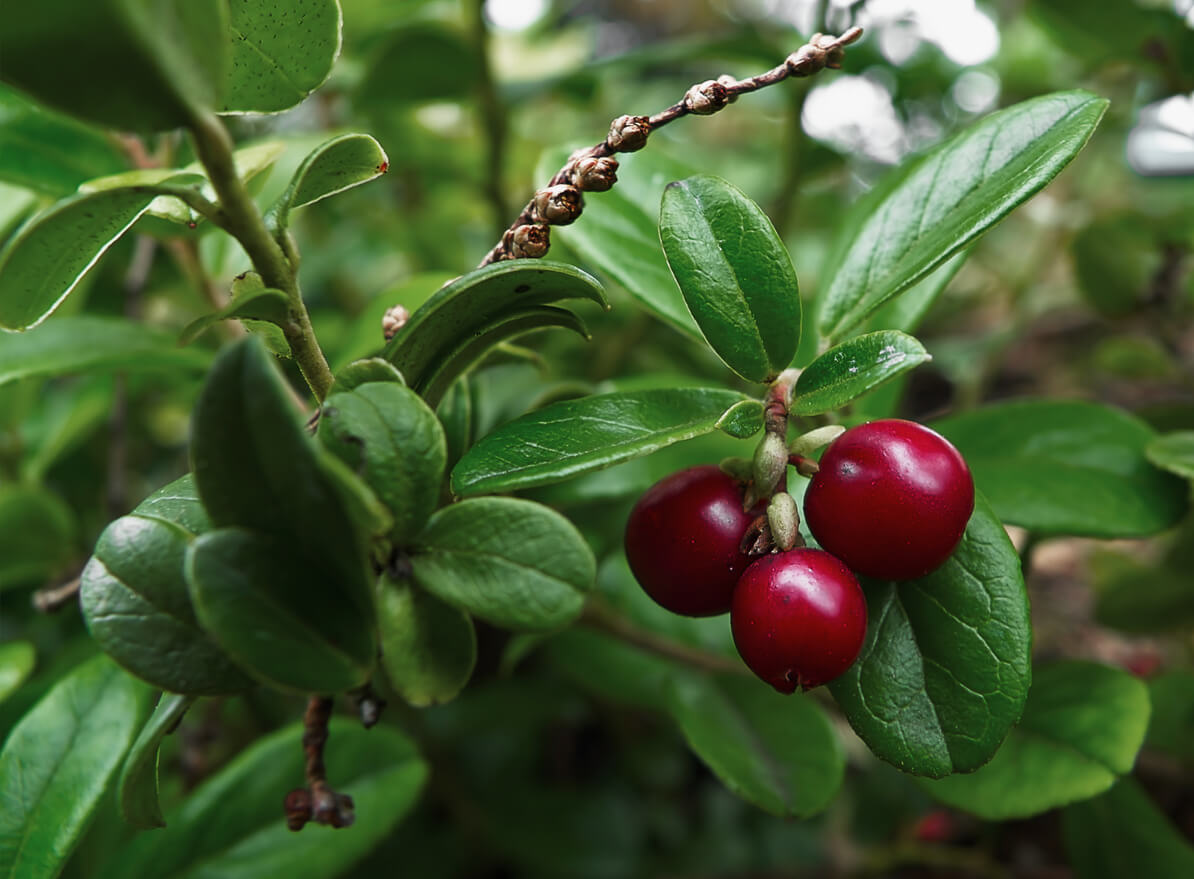 Cranberries growing in the garden

Native to North America, the First Nations peoples understood the value of cranberries as long as 12,000 years ago. Combined with venison and fat, many people made pemmican; nutrient-rich pemmican cakes stored well for months and could help people survive long, harsh winters when food was scarce.

Wild cranberries were also a key ingredient in tea, herbal medicine, and dye. In some cases, dried cranberries served as a substitute for tobacco.

Europeans who explored and settled in New England in the 16th and 17th centuries recognized cranberries, which closely resembled the European variety that grew in the boggy areas of England and the Netherlands. They wound up calling them “crane berries” because the flowers resembled the head of a sandhill crane. Over time, the name became cranberry.

Cultivation of cranberries has its roots in the town of Dennis, on Cape Cod in Massachusetts. In 1816, Henry Hall was a Revolutionary War veteran living in Dennis. He noticed that the wild cranberries in his bogs tended to grow better when sand blew into the bogs. So Captain Hall tried transplanting his cranberry vines, adding a layer of sand on top.

Captain Hall’s technique caught on with local landowners, who started growing cranberries in their wetland areas. And so, the cranberry boom began. By 1885, there were more than 3,500 acres of commercial cranberry bogs on Cape Cod. By 1900, more than 10,000 acres were under cultivation. As late as 1927, the cranberry crop was so essential to Massachusetts growers that children were often excused from school to help with the harvest.

Growers initially used the dry harvesting method: leaning over, picking the berries. New harvest tools were developed, including scoops to make harvesting more efficient. It wasn’t until 1947 that a mechanical harvester was first used. This type of walk-behind harvester is still used today to harvest cranberries for the fresh fruit market. The mechanical harvesters look like a strange lawnmower with a conveyer system that delivers the freshly picked berries to a burlap bag hanging on the back.

In the 1960s, growers developed the harvesting system so familiar to us today. Most cranberry bogs had sprinkler systems that could flood the bog during harvest time—and also in the winter, to provide an insulating layer of ice over the plants.

Today, Wisconsin is the largest producer of cranberries, growing half of all the country’s cranberries; Massachusetts produces about a third; and Oregon, Washington, and New Jersey produce much of the rest.

There are some heirloom cranberry vines in Massachusetts that are more than 150 years old, and they’re still producing!

Did you know about the history of cranberries? Are you excited to try growing them? Let us know what you think.