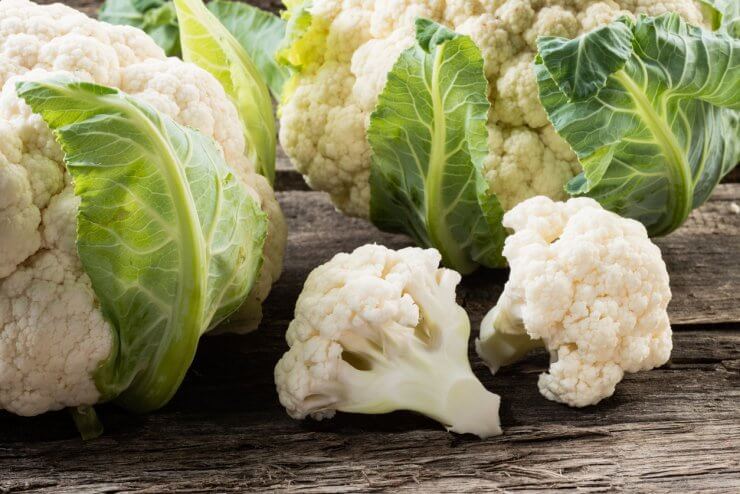 As a brassica, it is also known as a “cole crop.” It is, in fact, a descendant of wild cabbage! But that’s not all it’s related to. The flower heads in cauliflower are made up of many tiny buds, or “curds” that are eaten before they bloom. Because each bud contains a cross-like, four-petaled blossom, cauliflower is also a “cruciferous” vegetable, which is a plant family that includes the Brassicaceae plus broccoli, radishes, turnips, and watercress.

Cauliflower grows in USDA Plant Hardiness Zones 2 to 11 as either a half-hardy biennial or an annual. (Most cauliflower seeds or starters you can buy are annuals.) It’s “half” hardy because a touch of frost won’t hurt it, and indeed, cauliflower is a cool-weather crop that nevertheless loves the sun.

And if that sounds like a complicated contradiction to you, it is: Cauliflower loves sun but is very particular to temperature. It grows in spring and fall, and likes its temperatures to stay in the 60s. It does not tolerate extremes of heat or cold.

If it gets too much heat, it may prematurely “button”—form small, button-size heads—rather than forming a single, large head. All this makes it tricky for beginners to grow, though many gardeners have certainly mastered it, so don’t be discouraged.

When it’s growing, cauliflower starts out resembling broccoli. But instead of opening outward to sprout separate green florets, cauliflower forms its compact head, composed of flower buds that have not developed fully. The flower buds are shielded from sunlight by heavy green leaves (or, as we’ll see, by the gardener) so chlorophyll doesn’t develop and the head remains white.

While it’s mostly the dense flower heads that are eaten, the leaves and stems are also edible. It’s a substantial source of fiber and vitamins B, C, and K. And while you may know it as a white veggie, it does come in other colors: purple, yellow-orange, and green (which is a cross with broccoli and is known as broccoflower, with a sweeter taste than white cauliflower).

As for flavor, white cauliflower tends to be on the bitter side in comparison to the sweeter, boldly pigmented cultivars.

Unsurprisingly, these hybrids and cultivars are the result of cross-breeding and genetic mutations that have produced these colors, along with smoother heads, higher nutrient content, and increased disease resistance. These are characteristics to look for when choosing varieties for your garden!

A brief history of cauliflower 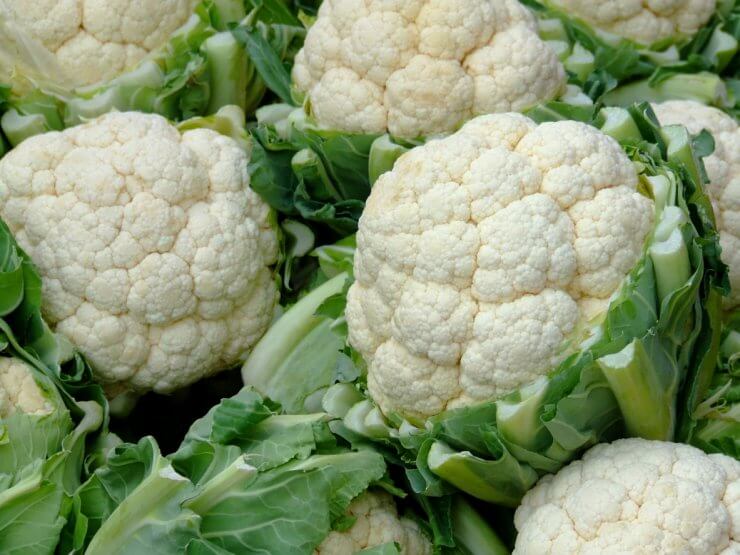 Cauliflower, or a wild cabbage that was something like the modern veggie, makes an appearance in a work by Pliny in the 1st century A.D.

It is also mentioned in the 12th and 13th centuries by Arab botanists, who claimed its origins to be on the island of Cyprus. Others say it originated in Asia Minor (modern-day Turkey) from wild cabbage, and that the plant once resembled collard greens or kale more than its current iteration, with a smaller head.

It was eaten in Asia for centuries before taking hold in Europe in the 16th century, being popular in France and Italy. It was first grown in America in the 17th century, but did not become popular until the 1900s. It has become popular in India, after being introduced there by the British in the 1800s.

Today, most cauliflower is grown in the United States, France, Italy, India, and China. Eighty-nine percent of American cauliflower comes from California, with its 10-month growing season.

Did you know about cauliflower’s history as a wild cabbage? Tell us if there’s something in the history of cauliflower that we’ve missed.