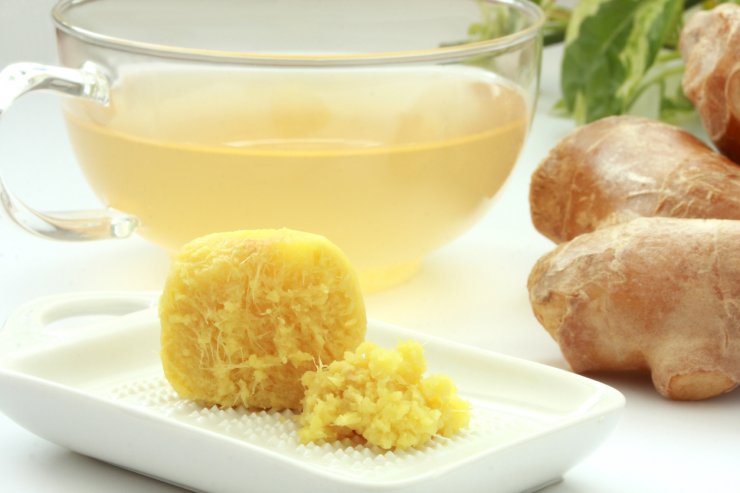 Ginger juice as a home remedy.

Ginger juice as a home remedy.

Ginger has quite the reputation for being good for what ails you—if what ails you includes indigestion, high cholesterol, sea sickness, morning sickness, or arthritic inflammation in your joints. Some people swear by a daily morning cup of ginger tea to tackle those symptoms, as well as treating the common cold or to break a fever.

One of ginger’s key features is its antioxidant properties—second only to those of the pomegranate. Antioxidants are the superheroes of the cellular world, protecting cells from damage.

Upset tummy? Feeling a little gassy? Cultures the world over have long used ginger as an aid to fight nausea, reduce gas, and reduce the symptoms of morning sickness in pregnant women.

Ginger has been shown to be helpful in treating the symptoms of migraines. Usually brewed as a strong tea, ginger is considered to be a warming herb and might be useful in fighting headaches.

Gastrointestinal cancers are more prevalent in developed countries; studies have shown that changes in lifestyle can help prevent GI cancers. Ginger has a solid reputation as an anti-inflammatory; many studies point to ginger as a piece of the cancer prevention puzzle.

One of the main health claims of ginger is its ability to fight inflammation, decrease swelling, and reduce pain. Clinical studies are as yet inconclusive when it comes to determining whether ginger can effectively relieve the discomfort of inflammation, arthritis, and rheumatism, but some studies show positive responses among patients.

Ginger has many reported benefits. But, like all herbal remedies, it could have unexpected side effects or bad interactions with medications you currently take. Before you decide to use ginger as a key component in your personal care, please consult your doctor first.

This Collection focuses on the most common and commercially available varieties of ginger within the botanic family Zingiberaceae. While it is true that First Nation tribes have long used the plant commonly known as Canadian Wildginger to treat a wide range of ailments—from coughs, colds, and fevers to convulsions and stomach pain—we are not addressing the reported benefits of that plant; it comes from a different botanical family, Aristolochiaceae (birthwort). Although they’re closely related, they are not the same—and Asarum canadense, known as both Canadian and American Wildginger, also contains a carcinogenic compound. So, we are sticking to the true ginger family as we examine the benefits of ginger.

Did you know that ginger can be such a boost to your health? Please tell us about healthy ways you use ginger.