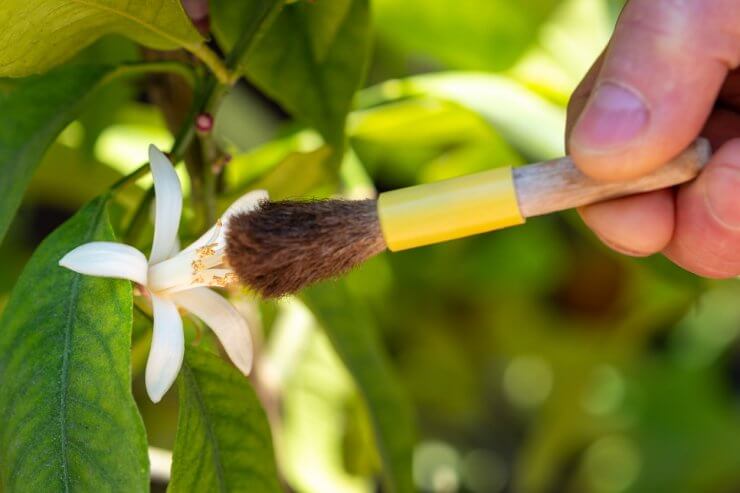 If you’ve ever bought produce at the grocery store, it’s probably a guarantee that you went home with hybrid vegetables. If you frequent your farmers’ market, you may very well walk away with heirloom vegetables. And if you’ve eaten anything that came from a box or a can or you’ve enjoyed a carbonated cold drink, you’ve almost definitely had GMO vegetables.

What’s the difference? That’s gonna take some ‘splainin’. Especially when we get into heirloom and hybrid vegetables, the difference is a little hazy. But let’s start with the elephant ear corn in the room–GMO.

GMO, or genetically modified organisms, are fruits and vegetables produced initially in a lab. Scientists insert genes into the cell of a seed to produce a plant with a very specific trait. AKA, they “modify” the gene. Through this, we now have crops that are resistant to certain insects or diseases or that tolerate herbicides and pesticides.

For example, according to the FDA, most commercially-grown corn in the U.S. is GMO corn created to produce “proteins that are toxic to certain insect pests but not to humans, pets, livestock, or other animals.” I know there are some strong opinions on GMO crops and gene tinkering, but it’s not really an issue for home gardeners since GMO seeds are only available to commercial farmers who have large enough operations to warrant the expense. So that leaves us with two options for seeds. 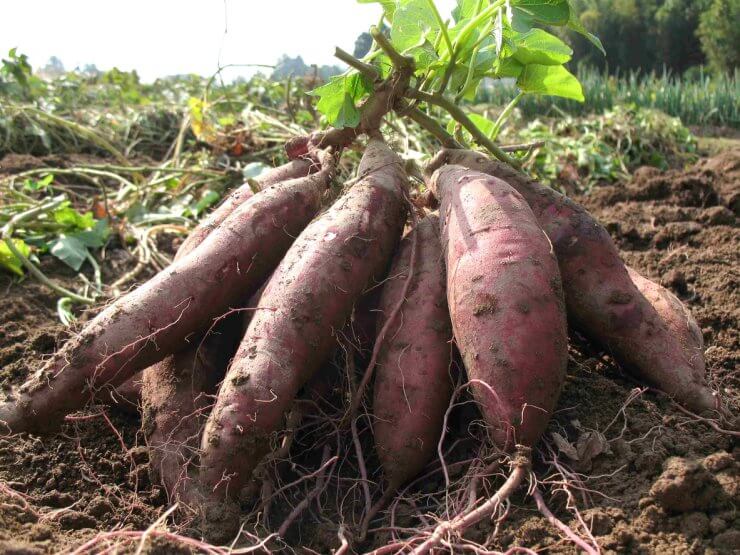 Heirloom or hybrid vegetables? The choice is not always clear

If the name Gregor Mendel rings a bell, that’s because you probably heard about him in biology class. His experiments with peas and hybridization in the mid-1800s gave us the theory of dominant and recessive genes and breeding for desired characteristics. Your neighbor’s Goldendoodle is a hybrid. The On Deck Hybrid corn is a hybrid (although I’m guessing the name gives that away pretty clearly).

In both cases, they are bred to achieve desired characteristics. Like GMOs, some hybrid vegetables have specific disease resistance, or they’re bred to produce well in less than ideal conditions. Unlike GMOs, hybrids are produced through careful cross-pollination rather than gene editing.

The most significant difference between hybrids and heirlooms is that if you save the seeds from a hybrid to plant next season, there’s little chance that the seeds will give you vegetables with the same characteristics. Why? That hybrid results from two “pure” plant parents creating the F1 hybrids you see. (F2 would be the grandchildren and F3 would be the great-grandchildren.) So, if you save and plant hybrid seeds, you’re already starting with a mix of two plants.

By contrast, heirloom vegetables, especially self-pollinating plants like tomatoes, are true to seed. So if you save some seeds from those Pink Brandywine tomatoes in your garden, you can grow the same deliciously sweet tomatoes next season.

Some would argue that any inconsistencies with heirloom vegetables are easily outweighed by the rich flavors they bring to the table. And because you can save heirloom seeds and reliably reproduce the vegetables, the seeds get handed down through generations. In fact, there’s no specific definition, but most people consider heirloom seeds to be at least 50 years old.

So, where does that leave us? Both heirloom and hybrid vegetables have their advantages. Without that On Deck Hybrid corn, apartment dwellers and balcony gardeners would never be able to grow corn. Hybrids tend to produce high, consistent yields.

Heirloom seeds can be less expensive or even free if you save them from year to year or have access to a seed library. Heirloom vegetables come with a history and a story. Did you know the Mortgage Lifter tomato was developed in the 1930s by M.C. Byles? He cross-pollinated four tomato plants with large fruits and eventually grew a tomato so popular that he sold enough of them to pay off his mortgage in six years. Incidentally, these tomatoes can reach up to 4 pounds each! (Check out Southern Exposure Seed Exchange for the whole story, including why most people knew Byles as “Radiator Charlie” and for these tomato seeds! )

A word about organic

It’s important to point out that while many heirloom varieties are organic, they aren’t necessarily organic. Hybrid vegetables may be organic or non-organic. Organic is about the farming or gardening methods rather than the type of plants in your garden.

That means if you want to plant and grow an organic garden, you still have a choice between hybrid and heirloom seeds. There’s also no rule that says you can’t plant both heirloom and hybrid vegetables in your garden. In fact, it might be a fun way to try some different varieties and taste test the results!

What is your take on these different seed types? Do you have a preference for growing heirloom or hybrid?

« What is Eating My Cilantro Leaves?
How to Drill Drainage Holes in Any Kind of Planter »