How to Stop Fungus Gnats in Indoor Gardens 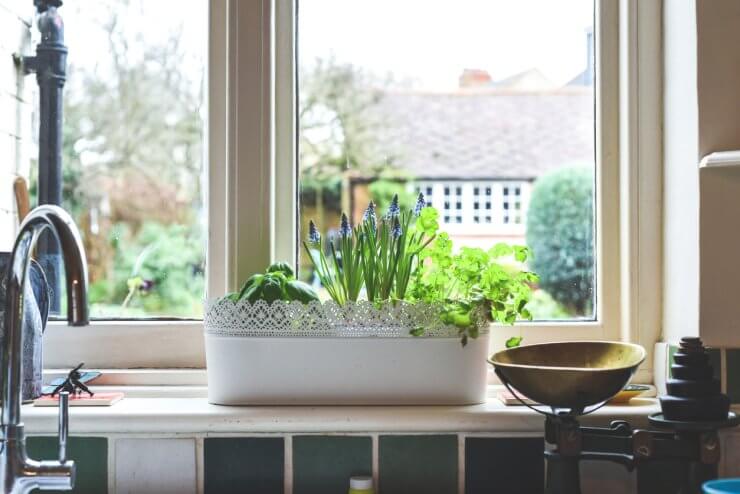 One of the most significant issues with fungus gnats is that by the time they’re flying around and annoying you, they’re already a major problem for your plants. That’s why it’s beneficial to know how to stop fungus gnats the minute you notice them.

The truth is, once they’re in the air and making you rethink whether or not you should have invested in that bug zapper, they aren’t much of a problem for your plants. The real harm comes in the larval stage when they are underneath the soil munching on plant roots.

Fungus gnats, which look a lot like fruit flies, love moist plant soil. They lay eggs just below the surface, and the larvae dig down to feed on fungi and plant material, including thin roots. Enough fungus gnats can seriously damage or kill a plant. 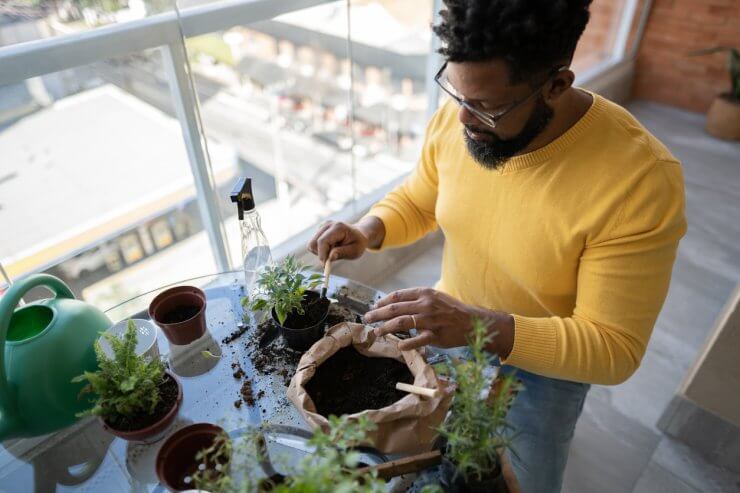 How to stop fungus gnats before they ruin your plants

There are a few ways to prevent and get rid of fungus gnats. Prevention is, of course, always ideal. Even once you know how to stop fungus gnats from nesting in your plants if they do appear, it’s important to understand how to prevent future infestations.

Several of these prevention measures are also helpful in stopping a problem even after it’s started.

Let the soil dry out. Since fungus gnats like moist soil, one of your best preventative tactics is to let the soil dry out between waterings. Dry soil makes it less likely that the insects will want to nest or lay eggs.

Cover the soil with sand. A layer of sand on top of your potting mix prevents the gnats from reaching their desired moist soil and laying eggs. I can attest to the effectiveness of this, but I used the sand in conjunction with some other tactics.

If you already have an infestation, you’ll want to determine how to stop fungus gnats quickly. You can take a few steps, some of which are pretty labor-intensive. However, if you’re really having an issue, you may need to take some extensive measures. I’ll start with some of the easier options.

Yellow fly traps. This is the modern-day version of those ghastly strips of flypaper that would hang from the ceilings in your uncle’s friend’s brother’s garage bar that you had to go to for July 4th family picnics. Only these are much more attractive, and there’s much less of a chance that you’re going to run into them and get your hair stuck to one.

They look like little yellow plastic birds or squares or whatever shape you get. The bright color and maybe some magic attracts the fungus gnats, and they stick to the trap. Of course, this doesn’t solve the issue of your fungus gnat larvae. Still, if enough adults get trapped before they can reproduce, you will eventually lower and maybe eliminate your population.

Move the culprit outdoors. If you notice that the source of your problem comes from one or two plants, in particular, move that plant outdoors until you can get the issue under control. Yes, this might mean kicking your favorite plant out of the house in February. But sometimes, you have to make tough choices as a gardener.

Repot your plants. This is an undertaking, especially if you have a lot of plants, but it might be necessary. I have some good news and bad news here. Fungus gnats are not very skilled fliers. So if you have your plants spread out, you may only have a problem in one area, like your living room, for example. Here’s the bad news. If you have a whole bunch of plants hanging out in one part of your home, you may have to do some serious repotting.

If you’ve made it to this point and you’re still thinking about how to stop fungus gnats, I’ll assume you’ve tried the other options. But maybe I’m only saying that because I had to repot several very large plants at once. Enough about me, though!

First, I would recommend doing this outside if you can. You don’t want to let a bunch of fungus gnats free in your home. You should also make sure you have plenty of new potting mix, as you’ll need to get rid of every last bit of soil that’s currently in your pots. That includes removing as much of the old soil as possible from your plant roots. Once your pots are empty, clean them out thoroughly. You’ve made it this far; don’t take chances on leaving a few fungus gnat larvae hiding in your pot for want of a little soap and water.

Once you finish repotting your plants, add an inch or so of sand on top of the soil and add some of those yellow fly traps. And get rid of the old soil because it’s probably infested with more fungus gnats. Tie it up in a trash bag or dump it far out in the woods.

In actuality, you’ll probably need to take a few of these measures together. For me it ended up being a process that took a few weeks and a combination of methods. Hopefully, if you’re having a fungus gnat issue, you’ll find it easier to contend with.

Have you encountered fungus gnats in your indoor garden? How did you get rid of them?

« Easy Composting at Home: 5 Ways to Compost from Hardest to Easiest
The Best Organic DIY Insecticide for Indoor and Hydroponic Food Gardens »