How to Build a Pole Bean Teepee Trellis

Pole beans are my favorite things to grow. If I had to choose only 3 things to grow, it would be tomatoes, peppers, and pole beans. I harvest them all, cook with them constantly, and while some gardeners get overwhelmed, I say “bring it on!” When we built my new raised garden beds this year, I specifically incorporated a whole wall for beans and peas and envisioned it covered in vines by mid-July.

I have to say, it wasn’t as magical as I imagined—it could be the new soil we filled our garden beds with, or that the bed isn’t sufficiently watered. It’s a mystery I’m working on for phase two. Because the middle of the season is the best time to plant even more beans! That’s why I was inspired to build a pole bean teepee (or tipi).

As I’m sure you know, a tipi (from the Lakota word thípi, which means dwelling) was traditionally used by indigenous people in the Great Plains and Prairies of North America. The word evolved to teepee phonetically in English, but all usages are technically correct. They were typically built with wooden poles and covered with animal hides for shelter. Starting in the middle ages, lighter branches like those from willow trees were used to create trellises for gardens. The teepee trellis resembles the shape of the original tipi and benefits plants by keeping branches and leaves off the ground, protecting them from disease. I’m grateful to the indigenous people for creating such a beautiful structure that is being used as one of the best ways to grow food. 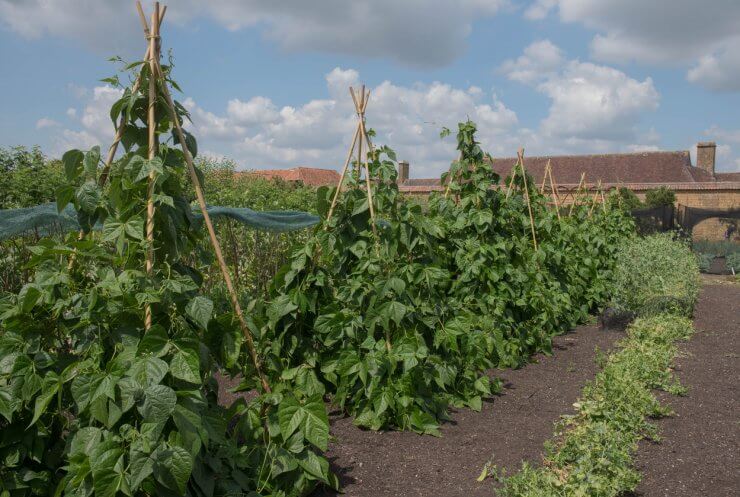 If you’ve been reading our Green Bean Gardening Guide, you’ll already have gathered a few facts that will be useful in this endeavor:

Green beans are really a gardener-friendly plant, and they’ll grow well in open ground—as long as they have plenty of sunshine, good drainage, and the right pH (6.0 to 7.0). 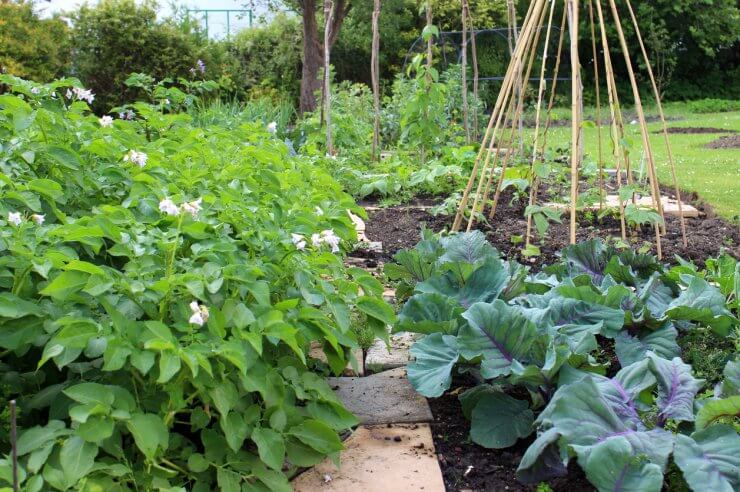 What I noticed from my first batch of beans was that they wanted to keep crawling even taller than the 4-foot tall trellis I’d built into our garden beds. To build the teepee for the next batch of beans, I wanted it to be taller. I couldn’t find 8-foot bamboo poles, but since they’re going in a raised bed, that probably would have been too tall. I settled on 6-foot ones which I can reach fine since my bed is on a slope.

Excuse my lack of artistry, but here is a little diagram of the very simple steps I’m about to go through below (or just watch the video above, much more detailed!)

And that’s about all there is to it. There are lots of ways to vary this design to your personal preferences, but you can also make it simple and follow this basic framework. They’re not just functional, but they also look pretty cool in the garden too. 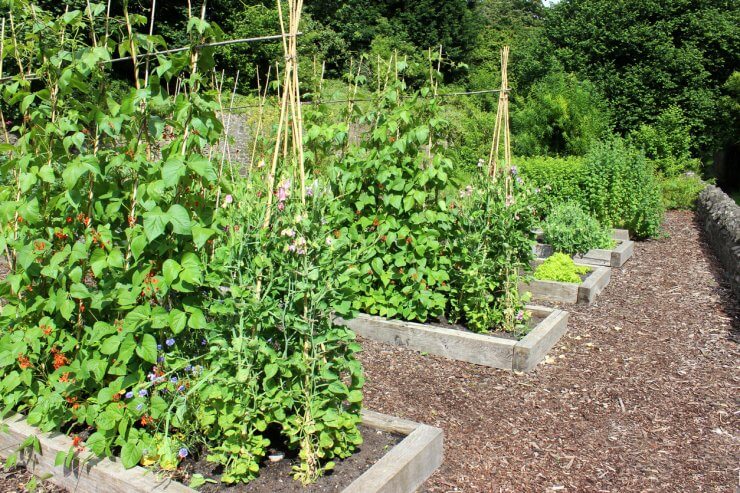 In the photo above, you can see a great example of using this basic structure as end-caps on a much longer garden of beans. To do this, simply build a teepee trellis at the front, middle, and back of your bed. Then, depending on how long your bed is, and how long your poles are, you can lay the poles across your structures and tie them. From there, you can create additional trellises with just two poles, as pictured. Simply tie two sticks in a triangle shape to the top pole, and you end up with a whole line of trellises ready for lots and lots of beans.

Do you have other tips and tricks in your own arsenal for growing pole beans? I’d love to hear them in the comments.