Can You Eat Green Tomatoes Raw or Are They Toxic? 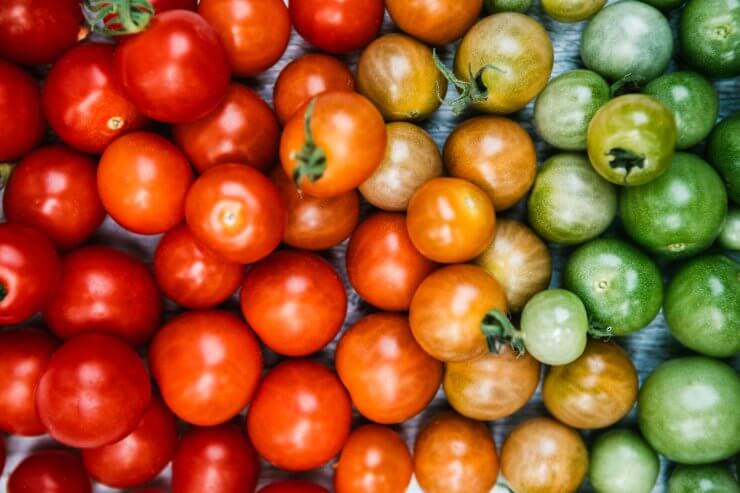 Can you eat green tomatoes? Raw? Cooked? Diced into a salsa? Oh, this question is as old as time. What else would we bicker about at our gardening clubs, if not green tomatoes?

I don’t know if you’ve ever been a part of a social media group for gardening where a thread turns into something you know not to be true, and you tell yourself, “hold back self, don’t be a know-it-all,” but then at some point, you can’t? That was me recently when one of my favorite gardening groups was busily offering away free advice to a person who had a crop of what looked like hard, green tomatoes. Not Green Zebra tomatoes or the types meant to be a shade of green, but clearly very underripe tomatoes. My stomach rumbled to think of it.

“Chop them into salsa!” one person said. “Fry them up!” another remarked. Then I, in my infinite wisdom, decided to play buzzkill of the year with my “you may want to wait until they ripen, really underripe tomatoes can be high in toxins.”

Cue all the other know-it-alls (we seem to attract one another). “Fried Green Tomatoes are popular in the south, why would people make them if they were toxic?” and “I’ve been eating green tomatoes all my life and I’m still alive!” got shot right back at me. Rather than give into internet squabbles, I decided to move on and let them enjoy their digestive issues in peace. But let’s talk about the first two reactions which I do think need clarification:

The facts: Green tomatoes contain the poisonous alkaloid solanine – but what does that mean?

All nightshades, like tomatoes, eggplants, and peppers contain solanine. You probably already know not to eat green potatoes because of this alkaloid, but most seem to avoid the subject when it comes to tomatoes.

Solanine is one of the ways nightshades protect themselves and attempt to keep from being eaten.  As tomatoes grow from green to red, the levels of solanine reduce almost completely.

There are two major toxic alkaloids in tomatoes, solanine, and tomatine. Solanine (the most potent toxin) is in the fruit, while tomatine (less potent) is in the leaves and stems.

The good news is that even if you eat a hard-as-a-rock green tomato, you’ll probably survive. You may not even get a bellyache—but you might. The thing about toxins is that they accumulate in your body and take time to flush out. So if you were busy having fried green tomato parties every afternoon for lunch you might notice symptoms but it would still matter just how unripe the tomatoes are. Or if you already have arthritis or another type of inflammation, you may also notice it more than, say, a spry teenager.

A few other fun facts:

1. Effects of cooking on solanine: The main question I see is, “can you eat green tomatoes raw? Or can I cook them?” Solanine is heat-resistant, but not entirely. You can’t boil solanine out of green tomatoes (or potatoes for that matter), though it does reduce levels some, which means pickling isn’t a substantial means of reducing solanine. Frying does seem to lessen the amount of solanine in green tomatoes more than boiling. – Encyclopedia of Food Safety (2014).

2. Toxicity of green tomatoes: “Only the green parts of tomato plants contain alkaloid, the risk of poisoning only comes from consuming these parts. The first signs of serious poisoning such as dizziness, difficulty breathing, stomach pains or diarrhea occur in adults if they consume around 0.0071 ounces of solanine. If a larger amount is consumed, the central nervous system will also be damaged, leading to cramps and signs of paralysis. A dose of around 0.014 ounces is considered lethal. Green tomatoes contain around 0.00032 to 0.0011 ounces of solanine per 3.53 ounces of tomato. So in the case of the highest concentration of the alkaloid, you would have to ingest 22.05 ounces of unripe tomatoes raw in order to cause the first signs of serious poisoning. However, as solanine has a very bitter taste, it is highly unlikely that you could ingest such an amount unintentionally. Semi-ripe tomatoes, that is tomatoes that are very nearly ripe, only contain 0.0007 ounces of solanine per 3.53 ounces of tomato. So you would need to eat 220.46 pounds of tomatoes for it to be dangerous. When tomatoes are fully ripe they only contain up to 0.000025 ounces per 3.53 ounces, which would mean that you would need to ingest around 63.93 pounds of raw tomatoes to be in danger of perceptible poisoning.” [Source]

3. Symptoms of solanine poisoning: “Clinical manifestations of solanine and chaconine poisoning intoxication occur within 7-19 hr after ingestion. The most common symptoms are vomiting, abdominal pain, and diarrhea; in more severe instances of poisoning, neurologic symptoms, including drowsiness, apathy, confusion, weakness, and vision disturbances, are rarely followed by coma or death. Treatment of solanine poisoning is largely supportive. In the most severe cases, symptoms resolve within 1-2 wk.” – Robert M. Kliegman MD, in Nelson Textbook of Pediatrics, 2020 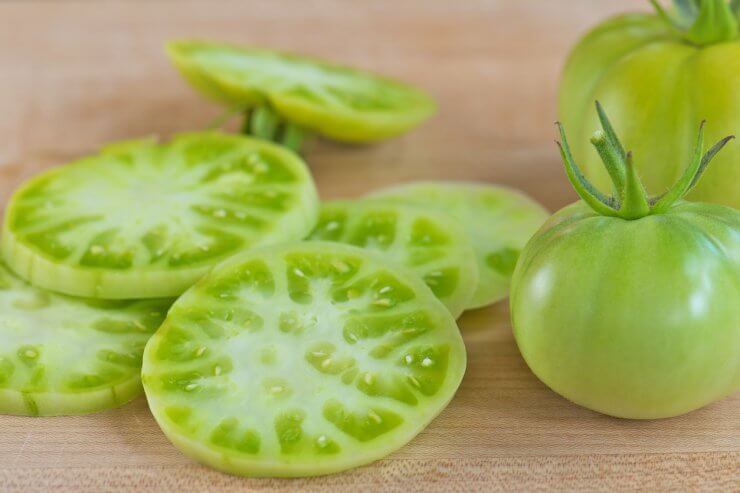 How to tell if a green tomato is OK to eat

Is it hard? Is it bitter? It’s probably high in the poisonous alkaloid solanine. Is it turning yellow or red? It will have a considerably lower concentration.

You might also wonder when you can eat green varieties like Green Zebra (my favorite) or Limetto? The good news is that just like red tomatoes, they’ll be tender to the touch when they’re ready.

Well, there you have it. I’ve laid out what I can, as an avid gardener and science-lover but non-scientist, about things as complicated as solanine. You can let your green tomatoes ripen a bit before eating them, or not. Amongst all this information, you also have some guy on the New York Times saying you can eat tomato leaves too and drink tea despite kids dying from it.

So.. .you do you…just maybe don’t feed them to your children or small animals. Leave a comment below and let me know how wrong I am about green tomatoes. Can you eat green tomatoes, or nah?

« How to Design a Vegetable Garden Layout: Resources to Grow Your Garden
7 Tips for Selecting Seeds for Planting Heirloom Vegetables »