Most people think of growing watermelons in a big open field because traditional watermelons are pretty giant and vine just like squash, so they need room to spread out and grow. But growing watermelon in raised beds is not only possible, it’s encouraged for some varietals and in cooler growing zones.

Melons are hard to grow in climates with four distinct seasons because they require a very long growing season to become sweet and mature into the fruit we all know and love. Fortunately, there are options for gardeners in these climates to try, and one of them is by growing watermelon in raised beds. 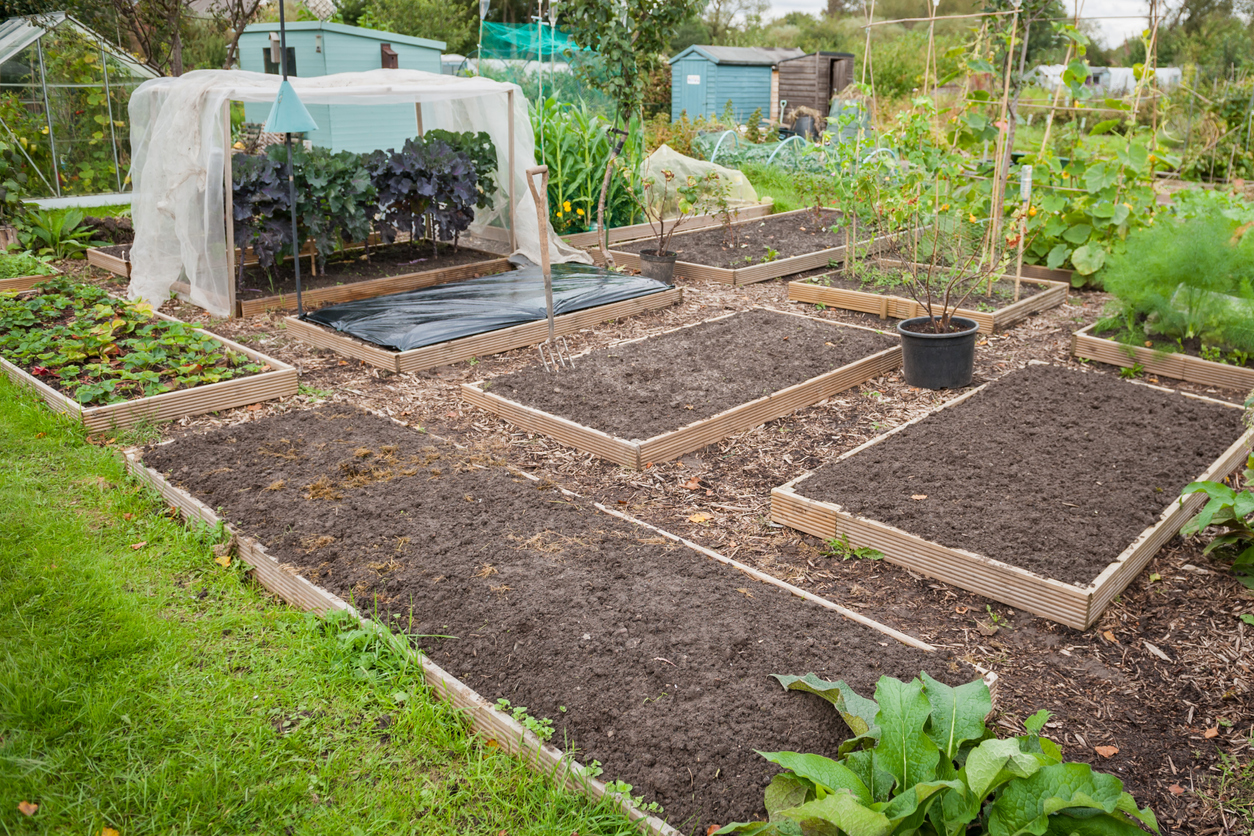 Setting Up Raised Beds for Watermelons

Having raised beds allows you more control over your growing environment, and keeps the soil warm, which watermelons prefer. However, creating raised beds for your watermelon can be a lot of work the first time you set up your beds. Remember to build a bed big enough to contain the space-hogging watermelon!

To create nicely contained raised beds for your watermelon, enclose your garden space with wooden sides at least eight inches tall—this will help keep the bed together, make it easier to reach the plants, and make irrigation easier, too. Long beds, rather than wide beds, are ideal. That way you can always stretch the vines down the sides of the bed without needing to walk through the bed itself, if it’s too wide.

Fill your raised beds with purchased topsoil and compost, and your garden will be less likely to contain the seeds of weeds that are often found in native soil. As a result, you’ll minimize the incidence of weeds overall, and save time and effort later. Weeding is much easier with raised beds, because you don’t have to get down so far on the ground to remove the weeds.

You’ll discover that watering, weeding, and even harvesting are much easier—with plants closer to your reach and contained in a space that is more manageable than growing in open land. And once you create your raised beds the first time, subsequent years will be easier. 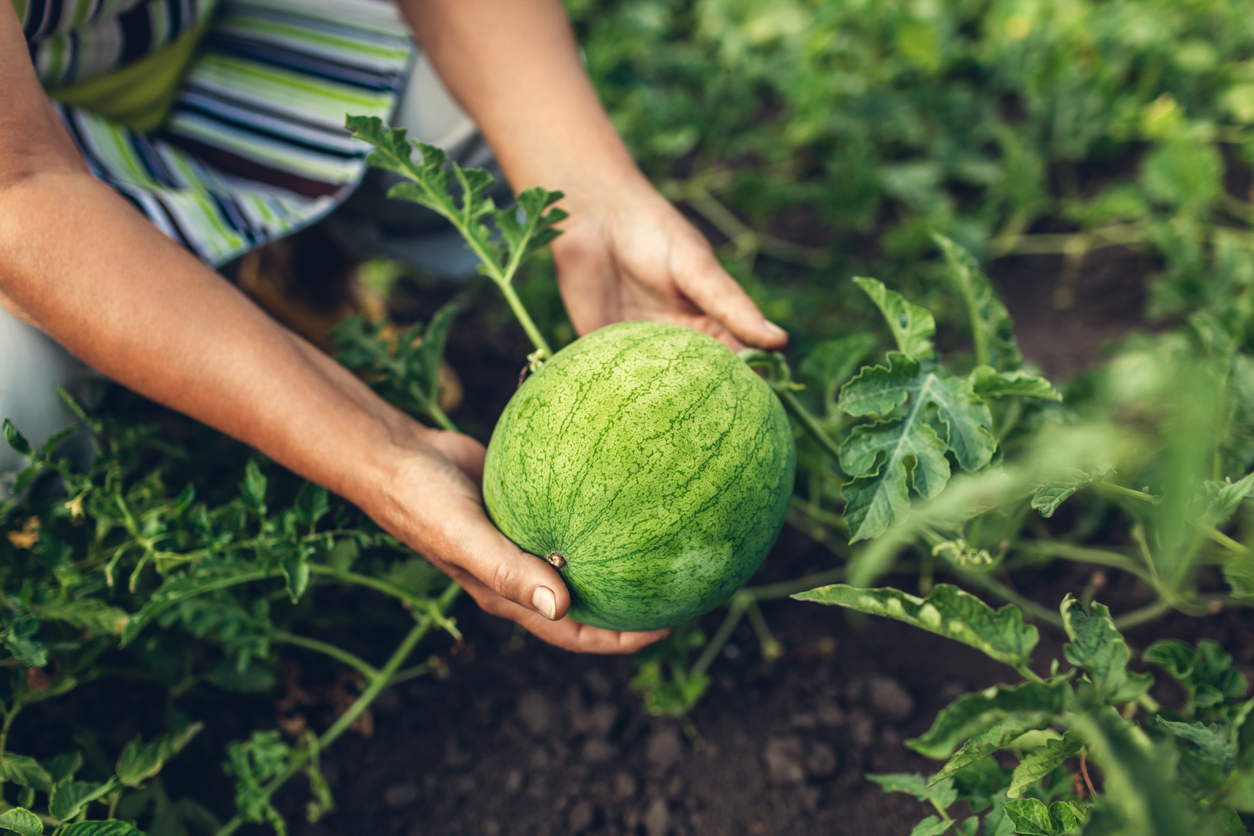 The Best Watermelons for Raised Beds

If you live in a warmer climate where growing watermelons is easy, then you can probably choose whatever watermelons you like. However, if the reason why you’re growing watermelon in raised beds is that you know it can offer a longer growing season in an area where the season is quite short, you might have better luck with smaller melons in your raised bed.

Yellow Doll is, as its name implies, not a traditional red watermelon but boasts a sunny yellow flesh that adds unexpected color to salads. It’s extra sweet and crisp, and is small and round or oval. Its thin rind is green with dark green stripes. With a shorter harvest time, Yellow Doll is great for gardeners with short growing seasons because it only takes as little as 65 days to mature. Additionally, its compact size works well for raised beds and compact gardens. Learn more about Yellow Doll watermelons.

Sugar Baby is a small, round melon that, at 6 to 8 inches across, readily fits in the fridge. One of the sweetest of all cultivars, Sugar Baby dates back to 1956. It’s great for the home gardener, especially in climates with short growing seasons, because it takes as little as 68 days to mature. Sugar Baby has a thick, very dark green rind. This is a seeded watermelon with relatively few seeds. Learn more about Sugar Baby watermelons.

Golden Midget is one of the smallest watermelon varieties. They only weigh 3-5 lbs and their ripeness indicator is that they turn bright yellow when they are ripe. This varietal grows in most regions of the world and takes about 70 days to mature.

Mini Love watermelons are another small variety that grow well in raised beds. They produce about six fruits per vine and the fruits are so small, that they’re usually a single-serving. Mini Love produces small round fruits between 3-6 lbs and it only takes 70 days to mature.

Truly, you can grow any type of watermelon in a raised bed, it’s all about space and room to climb or spread. In cooler climates, the smaller varieties above will be your best bet, but in general, planting watermelons in raised beds will offer the warmer atmosphere that watermelons desire. Just remember to keep them hydrated!

If you’d like to know more about growing your own watermelons, check out our Watermelon Gardening Guide.

What else would you like to know about growing watermelon in raised beds? Let me know in the comments. 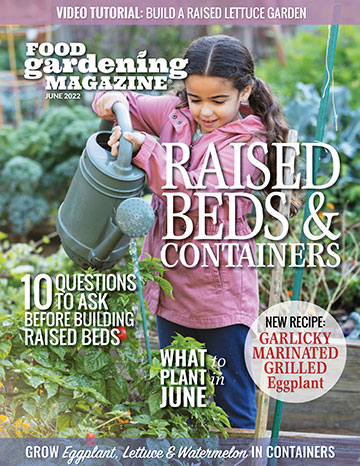