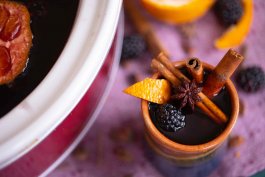 Mulled wine, I’m quite sure, is a gift from the gods. The autumn may have its hot apple cider, but the winter has mulled wine, and the best thing about this recipe is that it includes both! To make it extra dynamic and festive, blackberries are added to make a sweet, juicy blackberry mulled wine. 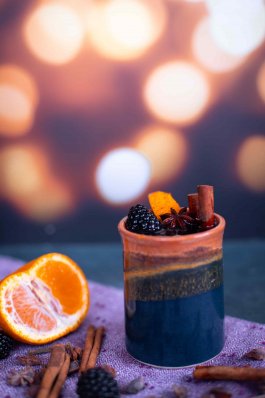 A quick history of mulled wine

The first recipe for mulled wine was developed over two-thousand years ago to keep warm in the winter and then later believed to ward off sickness with the added spices. It can be found in one of the first English cookbooks, Forme of Cury. Ingredients in the aged recipe don’t vary much from today’s most classic recipes: cinnamon, nutmeg, cloves, cardamom, sugar, and ginger, but also includes galangal, long pepper, and grains of paradise, all ground up and added to steep in the wine for a day. The next day, the wine would be poured through a cloth sieve.

Back then, the drink wasn’t called “mulled wine”; it was called Ypocras, or Hippocras (after Hippocrates, the “Father of Medicine” who created the sieve it’s strained through). It’s called glögg in Sweden. In the 1600s it was considered safer to drink than water, thanks to the Black Death plague. The recipe evolved over the years to include other herbs and spices and is now considered a holiday drink. 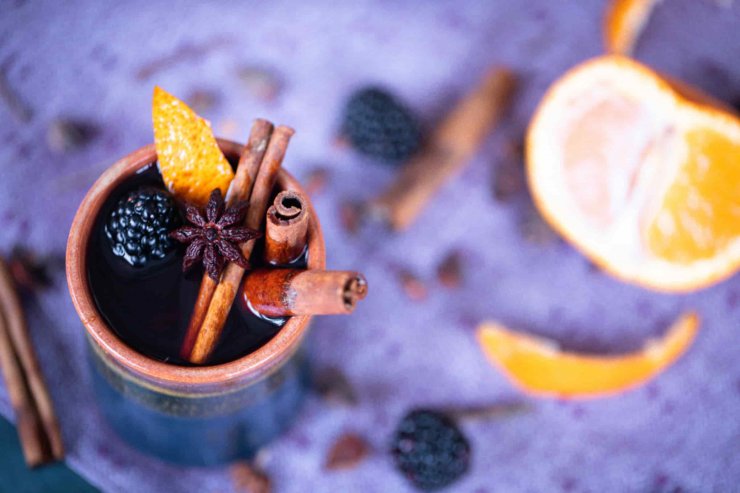 The term “mulled wine” didn’t come until much more recently, and it generally includes using up those crappy bottles of wine people brought over for dinner at one point or another, and dumping them into a pot with spices and other aromatics, like oranges.

For an incredibly juicy mulled wine, we’re adding blackberries! And instead of adding sugar, we’re going the more natural route and adding unsweetened apple cider, which is plenty sweet enough on its own and is already seasoned with the spices we need.

What’s great about this blackberry mulled wine is that it also tastes yummy on ice the next day. All you need to do is chill it overnight, and it will be drinkable with ice and a fancy straw as a Sangria.

How to Make Blackberry Mulled Wine

If you don’t have a slow cooker, or simply want to make it on the stove, simply bring to a simmer over low heat for an hour, and be careful not to boil it.

I’d love to hear your variations on blackberry mulled wine, or mulled wine in general in the comments below. Let’s share our recipes, and raise our glasses! 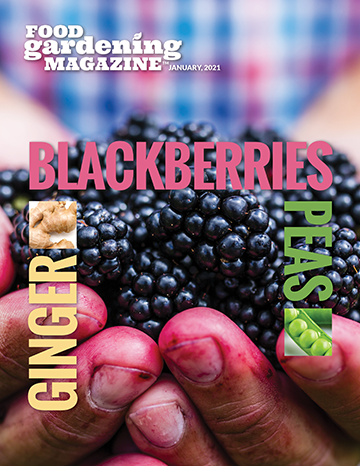